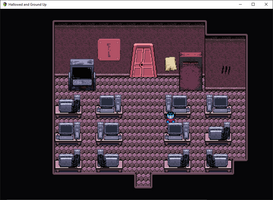 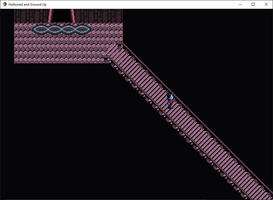 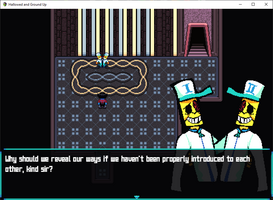 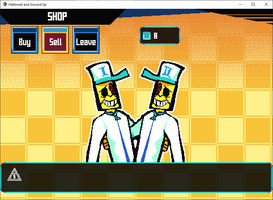 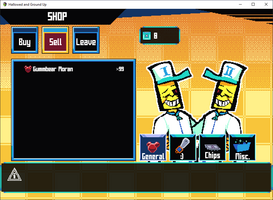 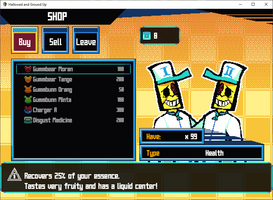 Great news today as a lot has been progressed!

In a nutshell - I've added the shop menu. Yes, that's a good pattern. No, there's no animations yet. I just need to work on the idle animations of these guys. That aside, I've added a very simple puzzle, but more will come later.

To add, the encounter way has been changed. Before, it was evented/on-map encounters, but due to issues with how the collisions worked (in a nutshell, the event would be activated several times even when it is running off/defeated), I decided to go with the random encounters. However, they are preventable. When encountering an enemy, Hallow will have a pop up exclamation balloon show up. Pressing the X button/cancel will make him whip out his chainsaw and instantly kill the enemy. However, waiting too long or pressing Z/OK will have the battle start automatically. I plan to also make a function that you can get some small amount of money from pre-killing that way, but the chances are like 1/3 and the amount is relatively small and random.

So, next up is more mapping and cutscene work as well as some polishing on puzzles.