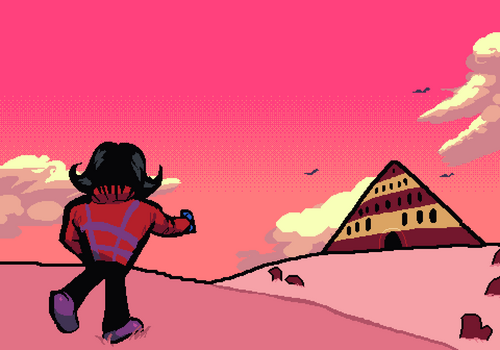 Firstly, we're starting 2020 (a new decade, even!) with a bang that is having the Candycane Ruins stage finished! You heard it here, fellas! 1/2 stages are finished for the demo version! And considering this time period, perhaps it won't be long until the demo is out, then the full game is made once the changes and adjustments have been set in place!

That set of good news aside, a slight gameplay change will be done in which stages will be unlocked in sets of 2x1 (as in, you start with two stages, and with each stage that is finished, another specific one gets unlocked and so on, making two sets of three stages). Indeed, production on the other starting stage (Mt. Cemitt) has been starting on its conceptual parts.